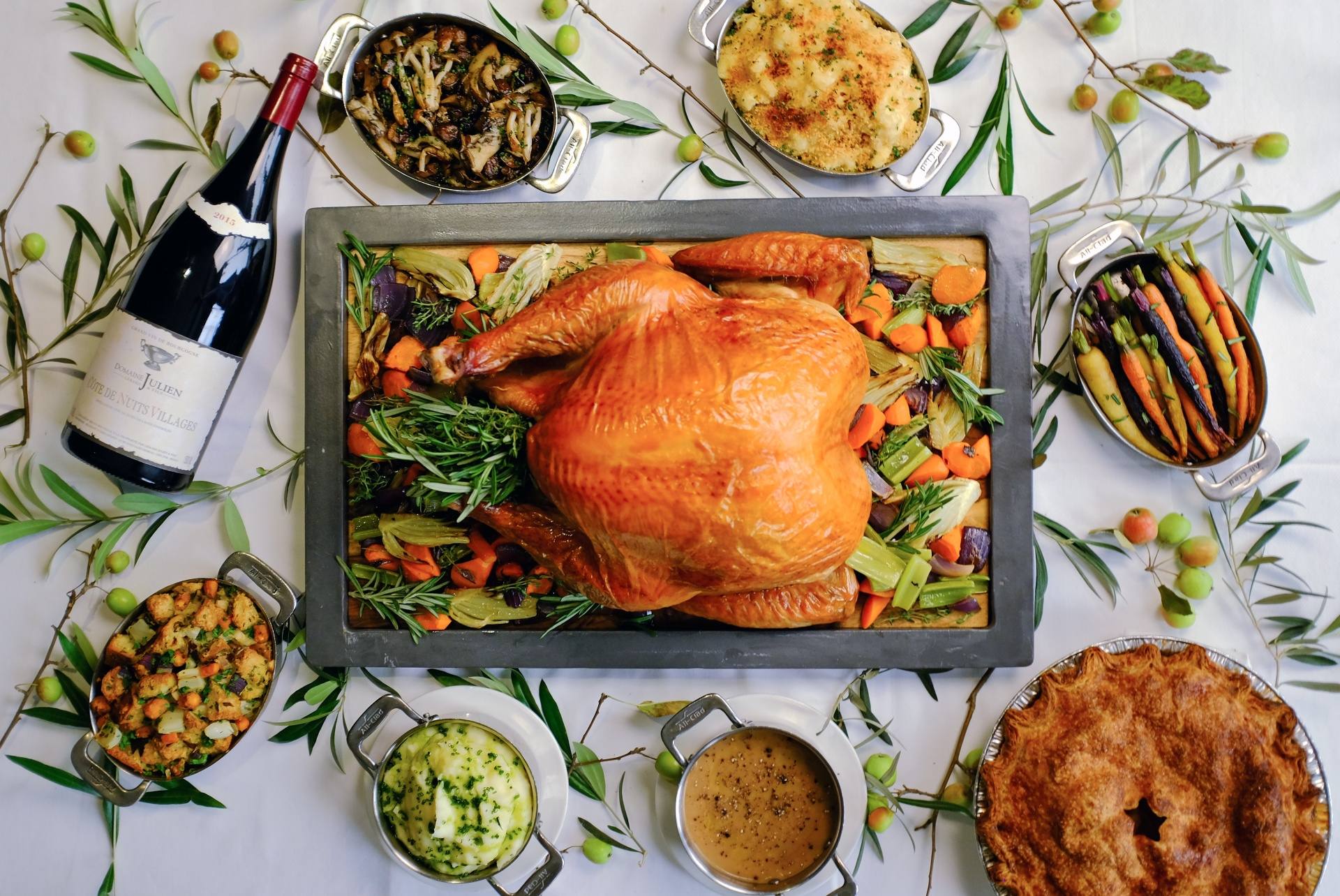 Celebrate Thanksgiving at These Los Angeles Restaurants
by Discover Los Angeles Nov 20, 2020
Where to Stay Hotels

"Hotel art" has come to be a derisive term - implying bland, inoffensive images that come to hotel rooms that look nearly identical, even when located in cities that are quite different. The Mayfair Hotel, located in L.A.'s Westlake neighborhood, offers something different. "This is not hotel art," says famed street artist Kelly "Risk" Graval. "That's why it's cool."

He adds, "I hope eventually we get to the place where there's no such thing as 'hotel art.' There's just real art or not."

RISK is the artist-in-residence at The Mayfair Hotel. He came in to paint a mural but ended up taking on a slew of projects, including his own art installations and curating the work of others in the 14-floor hotel. "It was a six-month job. We're on year two now," he says. "I'm still supposed to do that mural."

At the grand opening of the hotel's Regime Contemporary gallery, RISK showed us some of the artwork exhibited in the hotel and shared a few projects that are on the horizon.

The Mayfair Hotel originally opened in 1926 and is part of L.A.'s arts and entertainment history. Raymond Chandler, the 20th century author whose books are intertwined with the city's history of noir fiction, stayed here. In tribute, Eve American Bistro is named for Eve Chressy, a character from the short story "I'll Be Waiting" that Chandler wrote at the hotel in 1939. Similarly, the art in the restaurant has a local vibe. You'll find work from Cryptik adorning the restaurant - his art is even engraved on the top of a large dining table.

The Mayfair retains its vintage appeal with interior design by L.A.-based Gulla Jónsdóttir. In the lobby, intricate metal work casts gorgeous shadows against the walls and ceiling. Also in the lobby, M Bar offers craft beer, cocktails and munchies from Executive Chef Karo Patpatyan. Surrounding the bar, you'll find art as well. RISK points to a piece from L.A. graffiti art legend Chaz Bojorquez, noting that it was just installed that day. There are pieces from Shepard Fairey and Herbie Fletcher as well, but RISK notes that the art rotation is "pretty active," so you won't really know what to expect when wandering around the lobby.

Even The Mayfair's Grand Staircase functions as a gallery of sorts. The walls alongside the steps are covered with light boxes, creating a space for seasonal exhibitions. L.A. photographs by Evidence and Stephen Vanasco (aka Van Styles) were on display when we climbed from the lobby floor to the mezzanine. RISK indicated that they're planning to work out events with local high schools to showcase student art in the future as well.

Located on the mezzanine level of The Mayfair, Regime Contemporary is an art gallery from RISK along with Kevin Zinger and Ivory Daniel of artist management firm Regime 72, and Brian Greif, producer of the documentary Saving Banksy. The gallery marked its grand opening on October 25, 2018, with the second installment of the group exhibition Noche de Calaveras, featuring artists like RISK, Mister Cartoon, Defer and more putting their creative spin on skulls.

Also on view in the gallery was SEEN's Return of the Pink Panther exhibition, paying tribute to the iconic cartoon character.

Regime Contemporary isn't the only place to find art on The Mayfair's mezzanine. Gallery shows can extend far into the space overlooking the lobby, but it's also home to a more permanent collection of works from various artists. This includes pieces from RISK's own Metallic Tissue series of pieces that use actual spray cans - "my DNA, my imprint on society," RISK says - and sometimes license plates as the basis of the art. Photographer Craig R. Stecyk III also has a large piece comprised a number of images, including some that were taken while he stayed at the hotel. There's also a private dining room on the mezzanine level that will feature future photo exhibitions.

Every one of the room floors at The Mayfair is dedicated to a specific artist, and those artists rotate over time. As part of the art program, the rooms are outfitted with two prints from the floor artist. The program will eventually expand - forthcoming plans include having the artists make their own music playlists as well as information about the artworks that guests can access through their room TV.

Room floor artists also provide original works that are visible in the hallways and near the elevators. These pieces are also for sale. When we toured the hotel, the rotating roster of participating artists included RISK, Jason REVOK, Taz, Billy Morrison and more.

The Mayfair Hotel is still a work in progress, and even though it's packed with art as is, there's more to come. The ballroom, a three-story high venue that was home to the 1929 Oscars afterparty, will showcase large artworks for future exhibitions. The rooftop pool and bar, estimated to be completed in 2019, will also feature art by RISK.