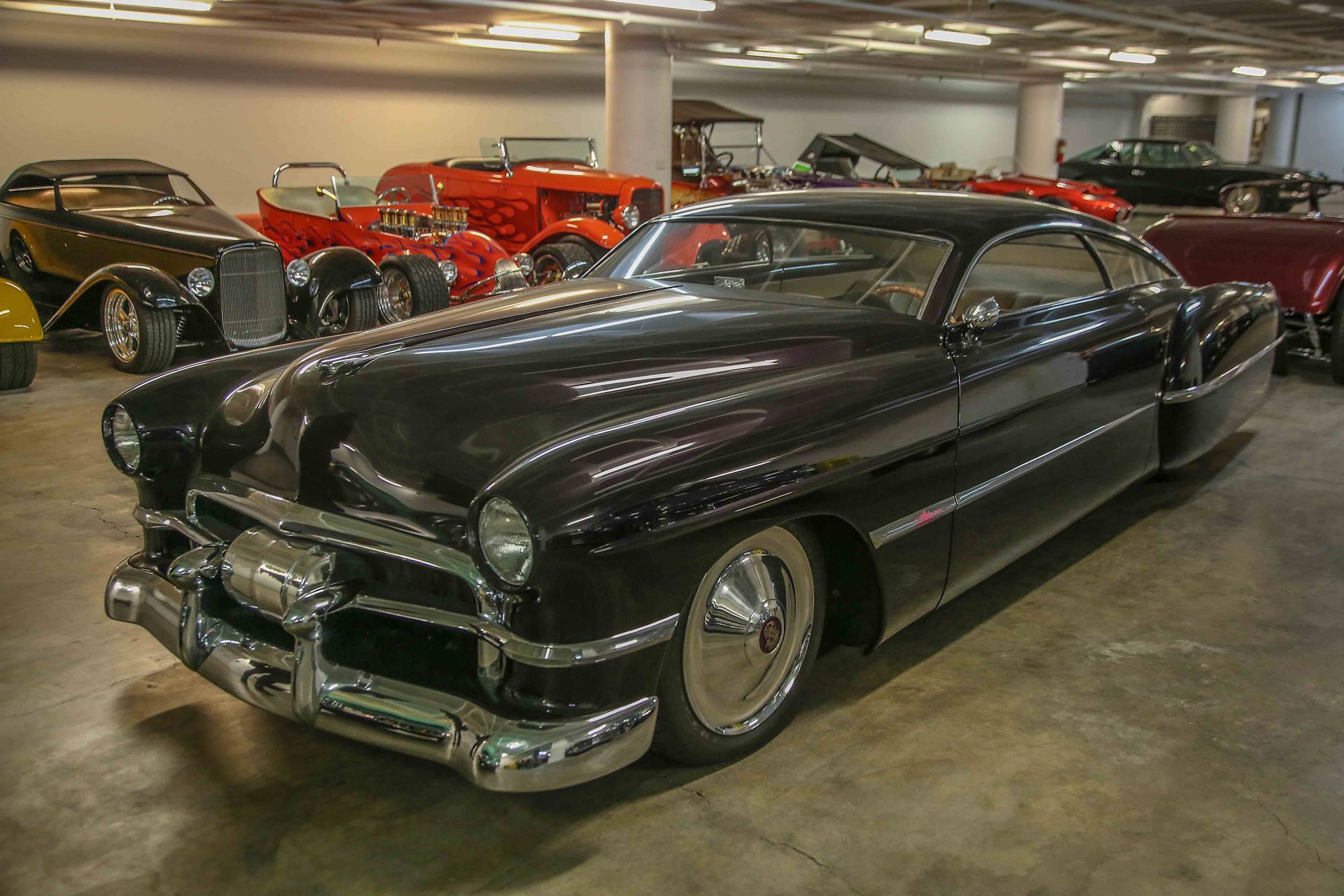 Experience LA's Culture from the Comfort of Home
by Discover Los Angeles Mar 24, 2020
Things to Do Shopping

Book lovers rejoice! There are independent bookstores across Los Angeles that are focused on a wide range of literary genres and global cultures. From children's books to cooking to horror, read on for some of the best specialty bookstores in L.A.

Dubbed the “Black Greenwich Village” by filmmaker John Singleton, the historic neighborhood of Leimert Park is widely regarded as the cultural hub for African Americans in L.A. Eso Won Books is an independent bookstore located in the heart of Leimert Park Village. Meaning “water over rocks,” Eso Won “provides fluid, safe, stirring opportunities that flow to a reservoir of knowledge for all people to experience.” In addition to its wide selection of books on the African American experience and the African Diaspora, Eso Won hosts author events that have previously featured Presidents Barack Obama and Bill Clinton, Maya Angelou, Spike Lee, Toni Morrison and Walter Mosley among many others.

Founded in 1963, Hennessey + Ingalls has grown to become the largest art, architecture and design bookstore in the western United States. After more than 50 years on the Westside, in February 2016 Hennessey + Ingalls moved into the sprawling One Santa Fe complex in the Arts District of Downtown L.A. The family-owned store is managed by founder Reginald Hennessey's son, Mark.

Hennessey + Ingalls is renowned for their curated selection of books in art and art history, all phases of architecture, photography, interior design, graphic design, and landscaping. Top art directors in film, television, and advertising shop at Hennessey + Ingalls because of the in-depth collections and the knowledge of the staff. Clients include many of the country's leading architectural firms, along with museums, collectors, art galleries, students, interior designers, graphic design firms, and schools.

Opened in 1986, Children's Book World caters to a wide-ranging Westside clientele of children, parents, teachers and collectors. Along with an inventory of more than 80,000 titles, the store carries a large selection of music, audio books, DVDs, craft and science kits, and educational aids. Books are organized into age groups and the selection covers subjects like LGBT and global cultures. The expert staff has a knack for picking just the right book for each child and is experienced with assisting teachers with classroom needs. Check their online event calendar for author signings, Saturday Morning Stories, and off-site events like the recent Neil Patrick Harris in Conversation with Lemony Snicket.

Formerly located at San Gabriel Square (aka "the Great Mall"), Gily Bookstore relocated to a much smaller strip mall on Las Tunas Drive and is now called Page 88. Taking over the former Payless Pharmacy space adjacent to Sun Nong Dan, Page 88 offers Chinese books on a wide range of topics, from fiction to biography, history, cookbooks, children's books and self-help. There's also a sampling of fashion magazines and newspapers. Note: nearly all the books are in Traditional Chinese - the Simplified Chinese selections are pretty much limited to one shelf. In addition to the book selection, Page 88 sells Chinese language CDs, DVDs, phone accessories, action figures and lottery tickets.

Built in 1976, the Far East Plaza in Chinatown has become a must-see culinary destination for a new generation thanks to its collection of old-school eateries and newer hotspots like Howlin' Ray's, Lao Tao and LASA. Opened in September 2017 on the Hill Street side of Far East Plaza, Now Serving is the brainchild of Ken Concepcion, former chef de cuisine at Wolfgang Puck's CUT, and his wife, Michelle Mungcal. The bookstore carries a mix of new and used cookbooks, with about one-third of the inventory devoted to previously owned or out of print books. The cookbooks are organized in sections - the Americas, Asia, the Middle East and Mediterranean, central and northern Europe, pastries and baking, beverages, and general food writing and references. In addition to books, Now Serving offers gourmet kitchen tools like Japanese knives, new and vintage cast iron pans, and chef apparel. Now Serving also hosts frequent author events and book signings.

One of L.A.'s most acclaimed independent bookstores, Skylight Books is a pillar of its historic Los Feliz neighborhood. Opened on Vermont in 1996, Skylight is owned and run by writers, and award winning actor, Jeffrey Tambor. The frequent author events are an engaging mix of well-known writers and emerging talent.

In 2008, Skylight opened its Arts Annex in the adjacent liquor store. The Annex then moved into the former Colonial Drugs one space over. Though it's not an actual comic book store like Secret Headquarters or Meltdown Comics, the Annex is well-known for its thoughtful selection of graphic novels and comics. As with the main store, the knowledgeable and helpful staff at the Annex is always ready to recommend zines and mini-comics created by local artists - the epitome of the "shop local" ethos.

The Golden Age of Hollywood produced a long list of film classics from the end of the silent era to the 1960s. Beginning in the 1930s, Tinseltown also became known as a literary landmark because of the famous writers working in Hollywood and the many bookstores located on Hollywood Boulevard, including the legendary Stanley Rose Bookshop next door to Musso & Frank Grill.

A former employee at Stanley Rose, Larry Edmunds opened his own bookstore on Cahuenga in 1938. Now located on Hollywood Boulevard, the Larry Edmunds Bookshop boasts a world-class inventory of more than 500,000 movie photographs, 6,000+ original movie posters, and over 20,000 motion picture and theater books. They also stock memorabilia like lobby cards and scripts. Larry Edmunds sponsors off-site author events like recent discussions with Diane Keaton and Bryan Cranston, and screenings like the Robert Mitchum Centennial double feature.

Opened by Sue and Del Howison in December 1994, Dark Delicacies is world-renowned by horror fans for its mindblowing collection of memorabilia, DVDs, clothing, and thousands of new and used books. The couple, who were married in the store on Halloween, make it a point to stock local and handmade items in their extensive inventory, which includes everything from graphic novels to action figures, movie posters, kid friendly products and even horror-themed scents. Published in August 2005, the Dark Delicacies Anthology features 20 new tales of the macabre, beginning with "The Reincarnate" by Ray Bradbury and closing with Clive Barker's "Haeckel's Tale." Edited by Del and Jeff Gelb, the award winning collection spawned two sequels. Staying ahead of the curve, the couple shifted the shop's focus from book sales to frequent signing events, which launched with Sara Karloff (daughter of legendary horror actor Boris Karloff) and are now a staple of Dark Delicacies.

Founded in 1927 and headquartered in Tokyo, the Books Kinokuniya chain spans 68 locations in Japan and 28 stores overseas, including two in Los Angeles: Weller Court in Little Tokyo and Mitsuwa Marketplace in Santa Monica. Celebrating its 90th anniversary in 2017, Kinokuniya offers a wide variety of books, magazines, and stationery imported from Japan. The extensive collection includes manga, graphic novels, art and design books, cookbooks, travel books, children's books, and more, both in English and Japanese. Kinokuniya also hosts in-store events and a monthly children's story time in Japanese at its Santa Monica location.

One of Koreatown's most popular shopping destinations, the Koreatown Galleria features more than 70 stores and an Asian food court aka the "Food Gallery." The Galleria Market stocks produce, every grocery staple imaginable, Korean imports, and an elaborate seafood section with prepared sashimi, whole fish, and live fruits of the sea. Located on the third floor, Sejong Bookstore carries Korean novels and magazines, bilingual Korean-English learner workbooks, as well as toys and a reading area for kids. The helpful staff can special order nearly any book from Korea.

With more than one-third of its residents identifying as LGBTQ, West Hollywood is a leading community for gay rights and renowned for its gay-friendly nightlife. Opened in 1975, Book Soup is located on the world-famous Sunset Strip in West Hollywood, serving a diverse clientele of readers, writers, artists, musicians and celebrities. Book Soup is well-known for its floor-to-ceiling bookshelves, high-profile author readings, limited edition books, vinyl record reissues, and the two golden dog statues that stand guard over the bookstore.

Describing itself as "the largest Metaphysical Hub in Los Angeles," Mystic Journey Bookstore was opened in Venice by Jeffrey Segal in 2008. Located on Abbot Kinney, Mystic Journey sells a wide range of spiritual and visionary books, as well as all the "sacred, magical and supernatural necessities" you'll need for meditation, yoga, and decorating your home sanctuary. The bookstore boasts one of L.A.'s best collections of healing crystals and stones, incense, candles, sage, Palo Santo, statues, singing bowls, jewelry and gifts. Mystic Journey hosts frequent events, from free author signings like "Yoga for Diabetes" and "Single White Monk," to special events and workshops such as "Awaken Your Inner Queen," "Empaths and Angels," and "Your Past Lives and You."

For an unforgettable literary experience off the Sunset Strip, head down a few stone steps through a narrow passageway, and step into a charming English cottage that houses an extraordinary collection of several thousand first edition books. Located near Book Soup, Mystery Pier Books is owned and operated by the father-son duo of Harvey Jason and Louis M. Jason. The warm and cozy independent bookshop is a favorite of the entertainment industry - the website lists a Who's Who of A-list clients. Visitors are invited to browse through stunning first editions (many signed or inscribed) of classics by Dickens, Faulkner, Hemingway, Joyce, Steinbeck, Twain and many more. Modern titles include an "absolutely pristine" first edition "Song of Solomon" signed by the late Toni Morrison ($1,500) and a first edition of "Harry Potter And The Goblet Of Fire" signed by J.K. Rowling ($4,000).

Los Angeles has been a science fiction mecca for generations, from appearing in countless movies and TV series to inspiring some of the genre's greatest writers. Despite the closings of key shops like Mystery & Imagination and Barry R. Levin Science Fiction & Fantasy Literature, sci-fi fans still have plenty of options, like The Last Bookstore and the city's numerous comic book stores.

L.A. is home to the world's oldest continuously operating science fiction club, the Los Angeles Science Fantasy Society (LASFS). The club began as a charter group of the Science Fiction League, which was founded on Oct. 27, 1934 by Hugo Gernsbeck, the editor of Wonder Stories, as a correspondence club for fans. Early meetings were held at the Pacific Electric Lofts in Downtown LA. and later at Clifton's Cafeteria. Led by the legendary Forrest J. Ackerman, the L.A. charter broke off from the fading League, changed its name to LASFS, and began meeting every Thursday, which it does to this day. Notable members have included Ray Bradbury, Ray Harryhausen, Larry Niven and Jerry Pournelle. Two members, Bjo and John Trimble, famously helped save the original Star Trek series from cancellation by organizing a national letter-writing campaign.

The LASFS has a lending library of more than 20,000 science fiction, fantasy and genre-related nonfiction books. Every book, publication and video in its collection is available to any member to borrow, even rare and unusual titles. (The library is currently packed up as LASFS searches for a new permanent location.) Visitors and prospective members are always welcome at its Thursday meetings. LASFS meetings currently take place at Freehafer Hall in the American Lutheran Church (747 N Whitnall Hwy, Burbank 91505). For more info, visit the LASFS website.