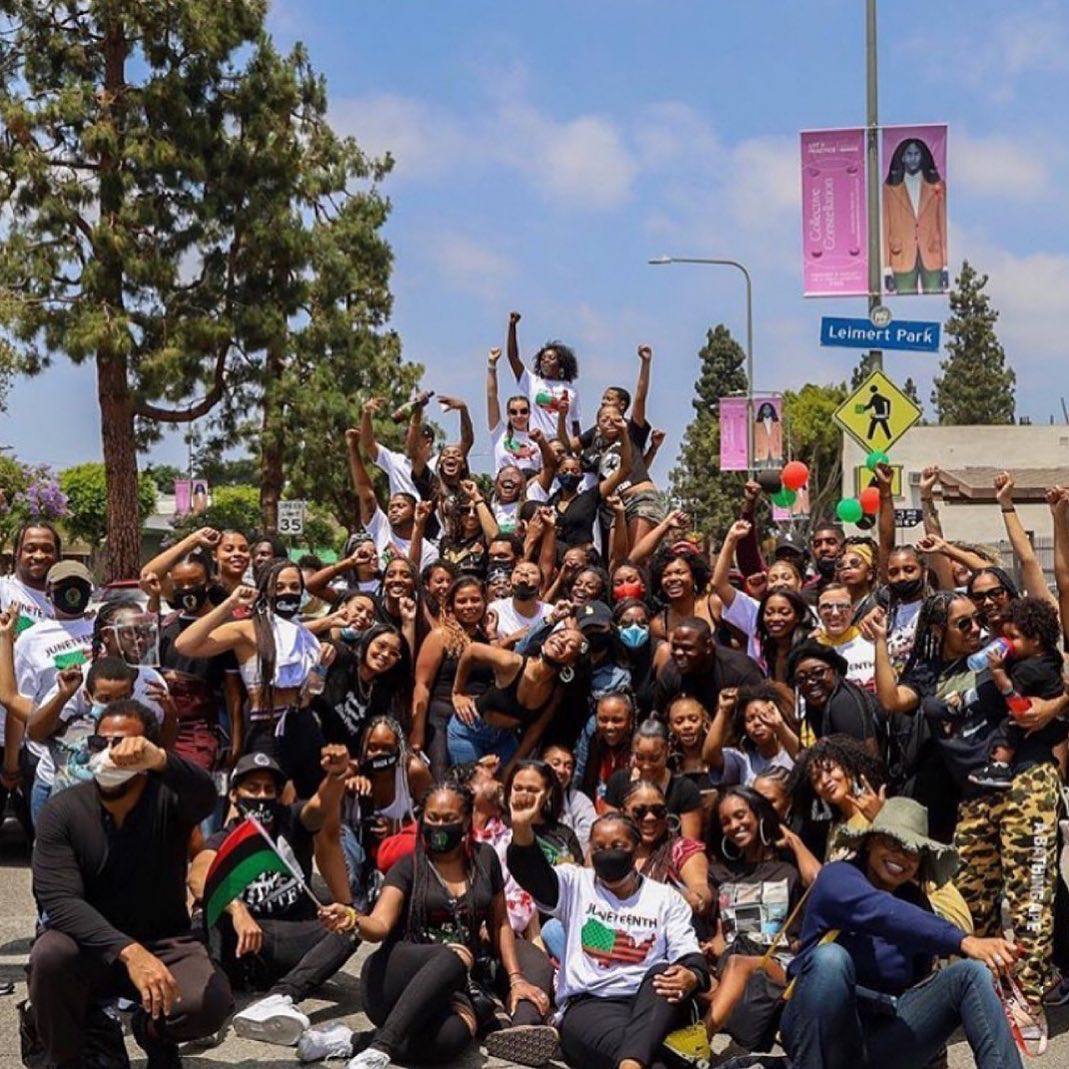 Ask anyone about the intersection of Los Angeles and true crime mystery, and chances are they will immediately bring up the unsolved 1947 murder of Elizabeth Short, the beautiful aspiring actress who was found cut to pieces and arranged like a surrealist sculpture in a vacant lot in Leimert Park. The case, dubbed “The Black Dahlia” murder by the sensationalist press of the time (riffing on the 1946 noir film The Blue Dahlia, scripted by LA detective fiction icon Raymond Chandler), has so captured the imagination of true crime aficionados and scholars for more than seven decades that there is a small library, several detail-oriented websites, and even a few popular bus tours devoted to it.

Our list of LA true crime locations looks beyond the usual Dahlia-related suspects (like the Sowden House or the formerly empty field at S. Norton Avenue in Leimert Park, where the body was found) to highlight some of the other notorious murders and “accidents” that make our city a magnet for those morbidly inclined in their tourism.

Join us on a tour of true crime and mystery locations that are not Black Dahlia-related. We hope you’re not squeamish or easily disturbed, as these stories most definitely do not feature a Hollywood happy ending.

Going from the noir era into the psychedelic '60s, those curious about Los Angeles true crime have their pick of sites related to the series of gruesome events known as "the Manson Murders." Anyone truly interested in the matter can consult a wide variety of books and documentaries. You could certainly look up all the murder sites and peer at the largely renovated properties like the disturbed fanboy in the 2015 film Manson Family Vacation. But a less tenebrous (and more historically accurate) way to remember the chaotic year of 1969 would be to visit El Coyote (7312 Beverly Blvd, Los Angeles 90036) one of LA’s oldest Mexican restaurants, where Sharon Tate and her party had their last supper. Spooky coincidence: on the day we were writing this article (early October 2018), El Coyote happened to be cordoned off because Tate’s last meal was being recreated by Quentin Tarantino for his latest film, Once Upon a Time in Hollywood.

Some people forget that LA's first big industry and fortunes were not in entertainment but in oil. And one of the most notorious, high-profile true crime mysteries of 20th century Los Angeles is connected to the Dohenys, one of the most famous oil families in the city. Local oil tycoon Edward Doheny had the palatial Greystone Mansion (905 Loma Vista Dr, Beverly Hills 90210) built in 1928 for his son and heir, Edward “Ned” Doheny, Jr. and his young family. On Feb. 16, 1929, Ned Doheny and his close friend and sometime assistant Hugh Plunkett were found dead in a guest bedroom of the mansion. Was it a suicide pact, a murder-suicide, two murders, or was at least one of the deaths accidental? Nobody will know. The investigation was murky from the start—there were motives galore (the Dohenys had been tainted by the massive political corruption scandals of the 1920s), and there was contemporary innuendo that the two men were lovers. Eventually, it was ruled that a troubled Plunkett killed Ned Doheny (whether deliberately or accidentally) and then committed suicide. The tragic saga of the Dohenys has recently been compellingly told oral-history style in Jean Stein’s essential book of insider LA lore, West of Eden. Now owned by the city of Beverly Hills and rented as a film location, Greystone Mansion has symbolized Los Angeles wealth in an endless roster of classics like The Big Lebowski.

Things to Do | Arts & Culture
"The Big Lebowski" Locations

There is only one LA-area mystery that combines Cold War espionage intrigue, amateur rocket science, occultism, sex magick rituals, L. Ron Hubbard, the origins of the space program, proto-Beat poetry and art, underground filmmaking, and even a cameo appearance by Aleister Crowley. We are talking of course about the story of Jack Parsons, the Jet Propulsion Lab (JPL) co-founder who dabbled in the dark arts (and mystical-erotic group activities), and who allegedly blew himself up in his Pasadena home in 1952 (1071 1/2 S. Orange Grove Ave, Pasadena 91105). Parsons most infamous activities occurred down the street at the house he nicknamed The Parsonage, but he had moved to the 1071 1/2 location by the time he had lost his security clearance at JPL and decided, unfortunately, to test his own explosives at home. There are those who say that his death might not have been an accident, though, and Parson’s end continues shrouded in mystery. The CBS All Access show Strange Angel is based on Parsons’ life and very peculiar career.

One of the most noir of Hollywood homicide scandals was the 1958 killing of mobster Johnny Stompanato at movie star Lana Turner’s house in Beverly Hills (730 N Bedford Dr, Beverly Hills 90210). Stompanato was an associate of L.A.’s undisputed top gangster of the era, the much-feared Mickey Cohen, and was known around town as Lana Turner’s boyfriend. That April, Turner’s teenage daughter Cheryl Crane had been staying with her and the actress had confided that she was going to break up with Stompanato. When he came over later that day, a verbal fight ensued and by the time the police arrived, the lifeless body of Stompanato lay on the floor in a pool of his own blood. He had been stabbed with a butcher’s knife. The underage Cheryl Crane admitted to the stabbing, was tried and found innocent of “justifiable homicide.” But doubts have lingered over what exactly happened that evening at Lana Turner’s home.

Up until recently, it was not uncommon for fans of spooky late-night cruising in Los Angeles to head up the winding hills above Los Feliz Boulevard in search of the holy grail of L.A. true crime relics: the so-called Los Feliz Murder House (2475 Glendower Pl, Los Angeles 90027). Ask anyone versed in L.A. crime lore about it, and they’ll be sure to regale you with the story of Dr. Harold Perelson, a cardiologist with insurmountable money troubles who, on Christmas Eve 1959, killed his whole family and then committed suicide, leaving the hillside property in a succession limbo that resulted in the crime scene being locked intact for 50 years. “Trespass into the grounds,” the spookster would tell you, “and you can see the Christmas tree and the unopened presents and a dusty midcentury living room with 1959 magazines untouched since the murders.” (The legend is only a little off—the killings happened on December 6 and one of the daughters survived, but the rest is pretty much true.) The property has been sold and renovated in the last few years and, unfortunately for ghoulish thrill-seekers and lovers of the bizarre, trespassing to peer through the windows is much harder than it used to be. When the producers of American Horror Story loosely adapted some elements of the Los Feliz Murder House story, they chose a much different property as the exterior of their murder house: the 1902 landmark Rosenheim Mansion (1120 Westchester Pl.), which is much more appropriately “old-timey” than the disturbingly mundane Glendower property.

If you want to combine your true crime sightseeing with some majestic local hiking, the other Manson location to check out are the remains of the Spahn Ranch (1200 Santa Susana Pass Rd, Topanga 90290) the former cowboy movie set that was occupied by the Manson Family during the height of their chaotic local “activities.” The ranch was owned by the elderly George Spahn, who allowed Manson and his followers to take it over in exchange for a variety of household services provided by the leader’s attractive hippie “girlfriends.” After Manson was arrested, the family gradually left the premises and several fires dilapidated the already run-down property. It is now part of the Santa Susana Park State Historic Park and several organizations (like Atlas Obscura) are known to organize guided visits to the Manson settlement, where they point out the few artifacts that remain after five decades of plundering, including part of a vehicle that transported the Manson Family.

The 1980s might not be as iconic as the 1950s and '60s in terms of imagining an LA true crime era, but one incident that definitely stands out is the 1981 Wonderland Murders. A confusing epic of lowlife Los Angeles that for many epitomizes the "death of the '70s," the gruesome homicides in front of a known drug house (8763 Wonderland Ave, Los Angeles 90046) inspired the 2003 Val Kilmer movie Wonderland. The brazen (and still unsolved) killing by bludgeoning of four people connected to the rampant cocaine trade in the city rocked the former hippy utopia of Laurel Canyon, and to boot, one of the people charged was the biggest male porn star in the world, actor John Holmes. Holmes was acquitted in 1982, though he was certainly known to be an associate of many of the people involved in the incident, including terrifying 1970s nightlife mogul Eddie Nash.

An often overlooked location in tours of Los Angeles true crime mysteries that focus on the 1950s and 1960s is a conspicuous Miracle Mile landmark that has recently been wrapped in an eye-catching stainless-steel ribbon design. The Petersen Automotive Museum (6060 Wilshire Blvd, Los Angeles 90036) might not seem an obvious spot to ponder the peculiarly LA combination of power, fame, money, crime, the mysterious links between law enforcement and the underworld, gangland rivalries, the shadiest side of the entertainment industry, drugs and even confusing fights over women that are all landmarks of our local noir. That is, unless you remember that on March 9, 1997, New York rapper The Notorious B.I.G. attended a party at the museum, got in his SUV with his entourage and a few seconds after leaving the building was gunned down by someone who’s still officially unidentified.

As James Ellroy could tell you, the city is still here, but its noir mystique never really left.